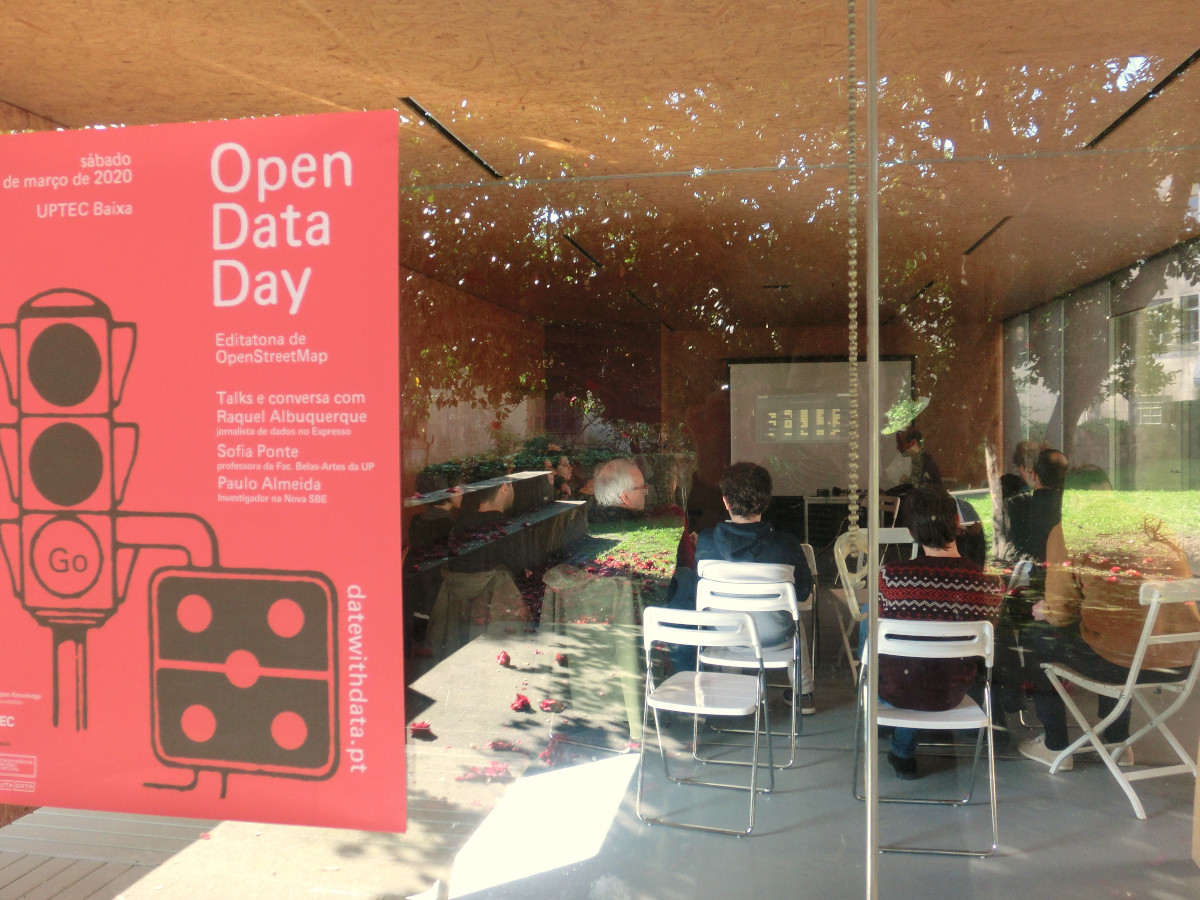 On a sunny March 7th we celebrated yet another Open Data Day, a global festival dedicated to open data. Such a party should be fun but also productive, so our schedule included some good old hands-on work -- our kind of plan! Therefore, we started our day with an OpenStreetMap (OSM) editing workshop with a surprise presentation by Pedro Lima, a very prolific OSM contributor and editor. Pedro introduced everyone to OSM editing tools, both in the browser and in mobile platforms. Among other gems, he shared his experience with editing maps from a smartphone with applications that make it a breeze -- OsmAnd, Vespucci and StreetComplete were showcased so that everyone could try their first edits on their phone. 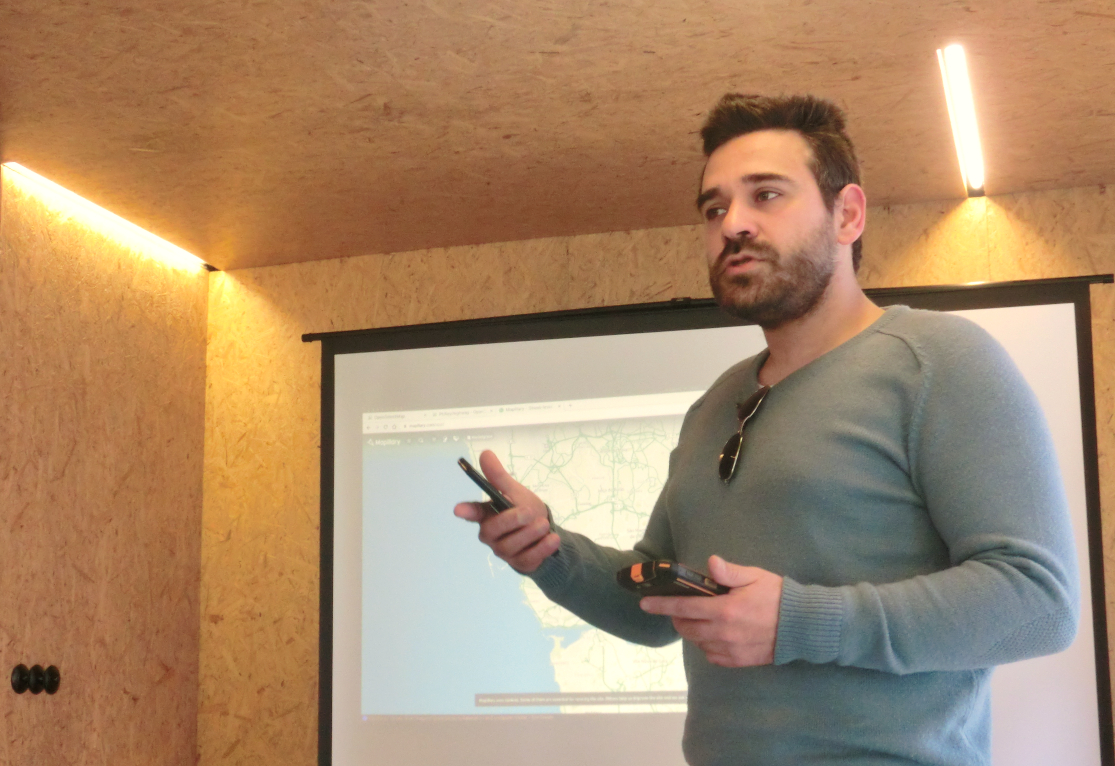 Once the talk was done, we got busy: half of the participants went for a walk to map the surrounding areas with their phones, while the other half took on a set of tasks to complete and correct map nodes. We added stores, cafés, bus stops, traffic cameras and more details, ending the morning with a rewarding feeling of having learned a new skill and contributing to a precious shared resource. 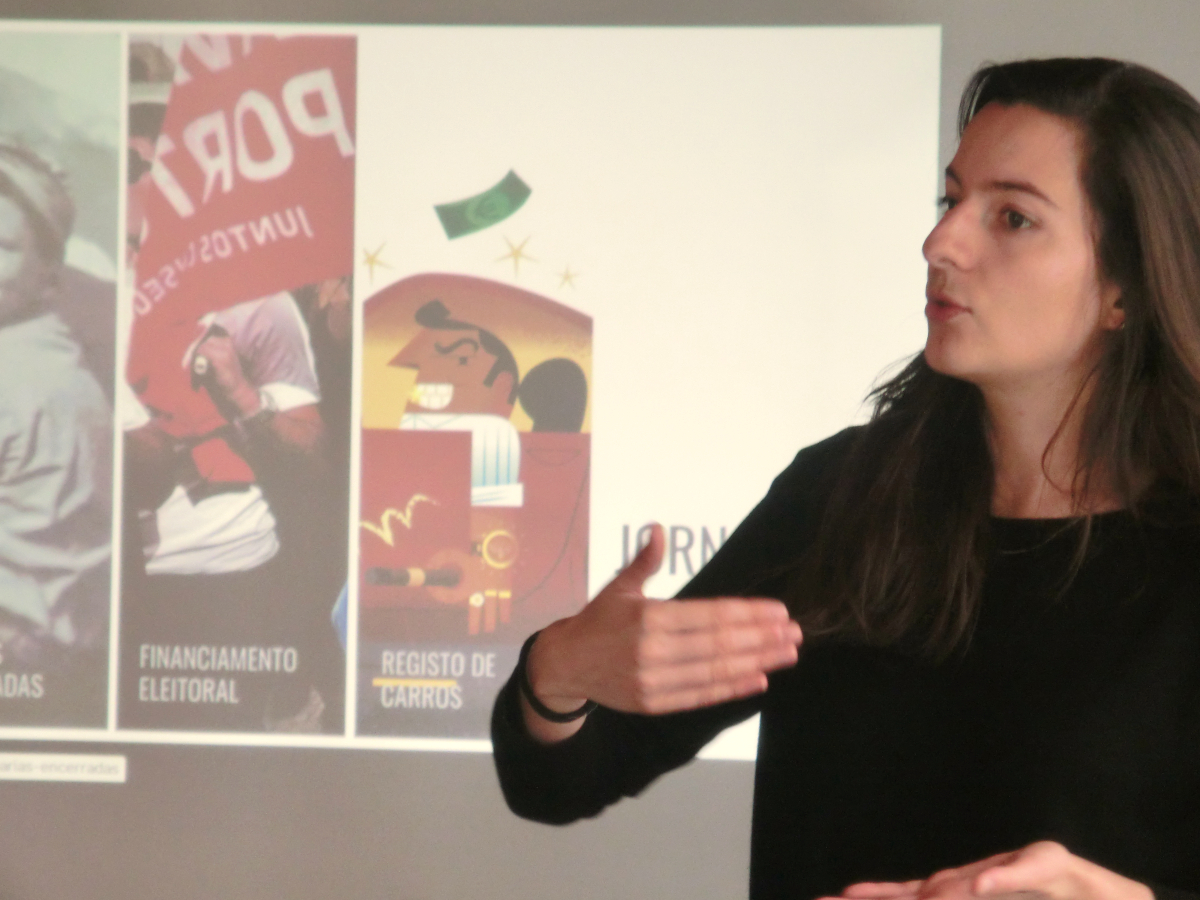 The afternoon talks started with a dive into data journalism. Raquel Albuquerque, journalist at Expresso and an expert in the field, showed a set of projects she developed under a research project between 2011 and 2013. Many stories full of meaning and revelations which, in a few cases, have suffered from years of technical neglect in archiving them. The shortcomings a data journalist encounters were also a main subject: poor access to public data, the amount of work to treat and filter datasets, lack of proper licensing, the scourge of PDF documents and journalistic responsibility in drawing conclusions from unreliable data. 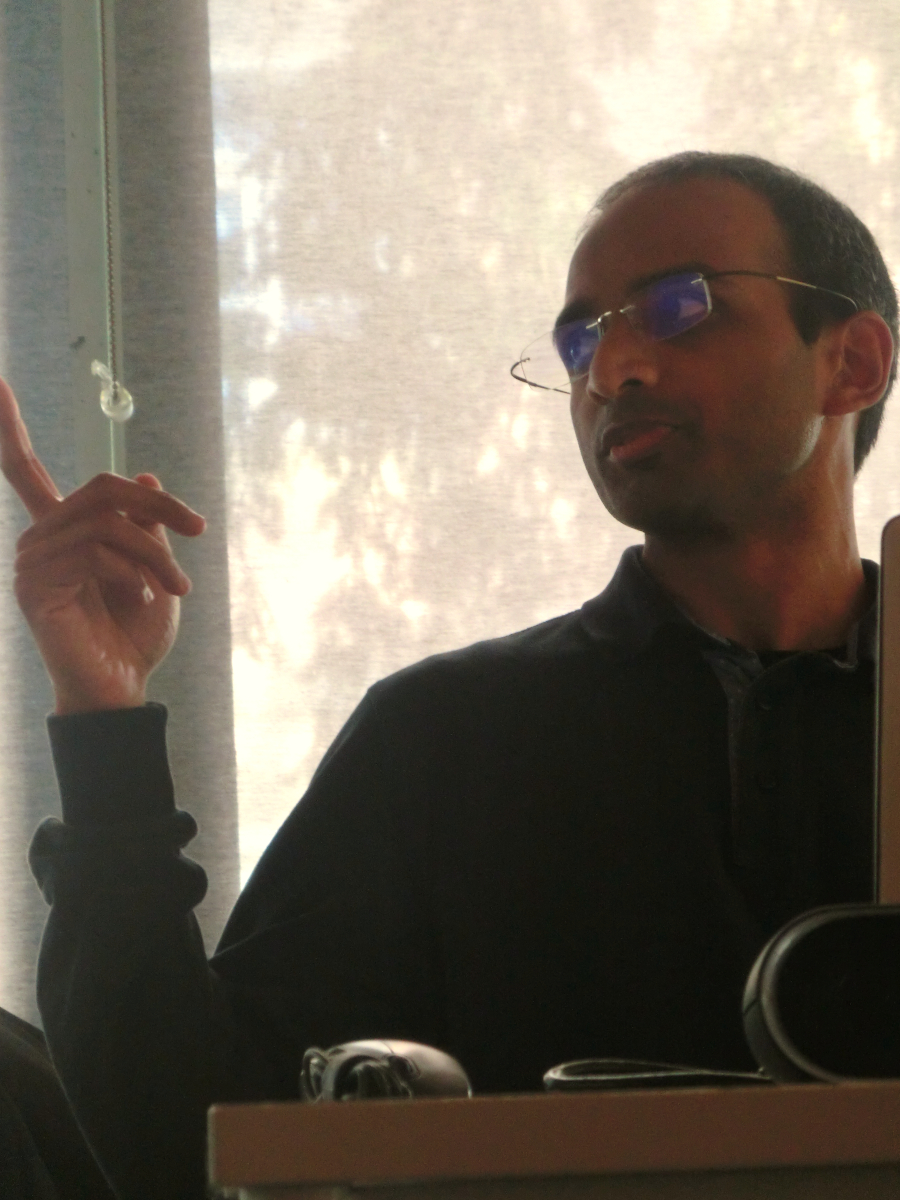 We then moved to the second talk dedicated to parliamentary data, by Paulo Almeida, political science researcher at the Data Science and Policy team. The team runs an ambitious project to index and find patterns in parliamentary speeches, however their efforts have been made difficult by lack of structured data. Even after Parliament released a trove of datasets recently, they were found to be poorly formatted, incomplete and without any licensing details. Despite this, the team built an impressive engine to parse and search the archive semantically. Parliament data is an extremely interesting data source for analysis and historical reference, with projects like Demo.cratica and Hemiciclo drawing from the same source to provide insights into the workings of political debate. Like the previous talk, it was clear that there are shared grievances among all of us regarding the current limitations of public open data. 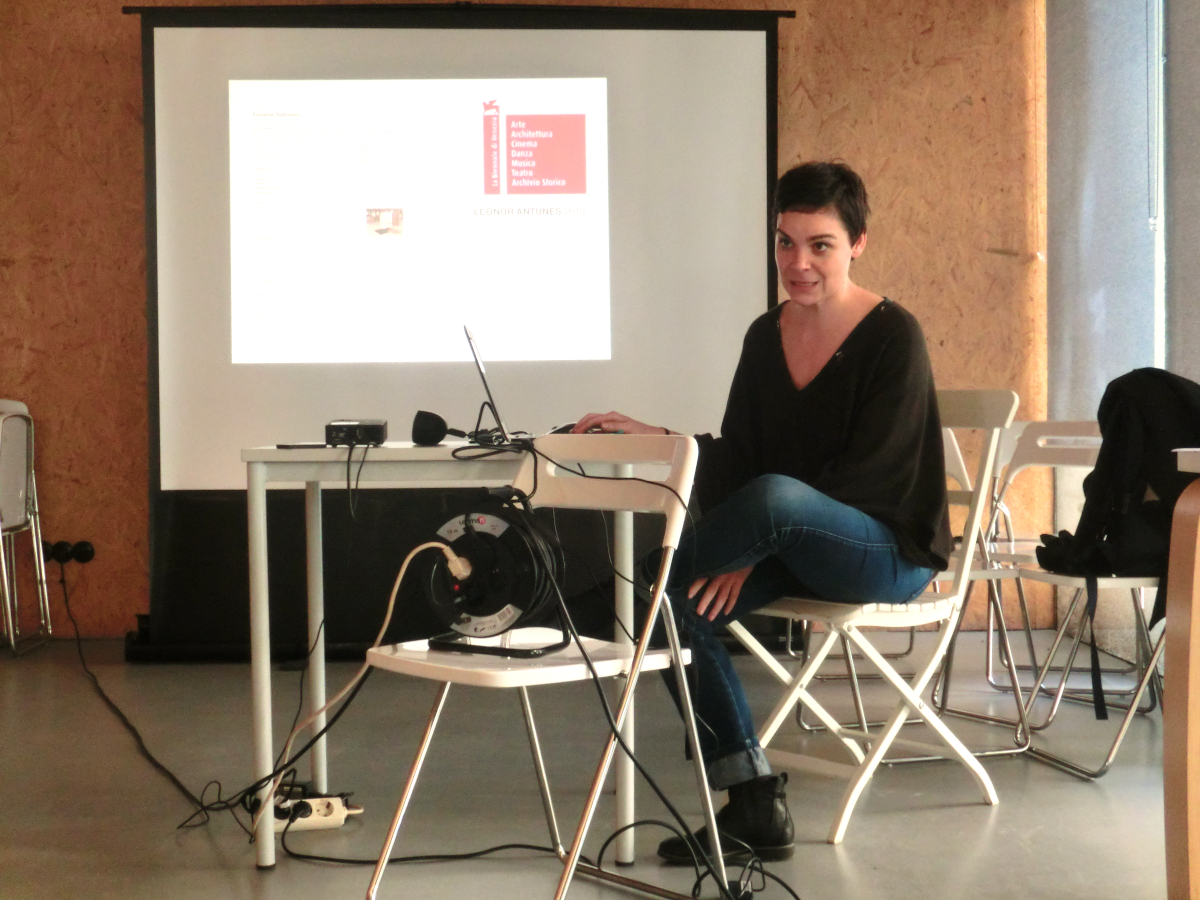 Finally, we moved to the world of Wikipedia, with Sofia Ponte bringing us a feminist and intersectional perspective on Wikipedia editing. Sofia organises the Art+Feminism hackathons, teaches at the Faculty of Fine Arts and is a researcher at the I2ADS institute. In her talk, she shared her informal studies around gender and Portuguese artists, with some enlightening results gathered from surveying her students about which Portuguese artists they keep as reference. Most indicated the same 4 women artists, whereas male artist choice was much more diverse. This realisation fueled her resolve to work on the articles of contemporary women artists in Portugal, which is very poorly represented in Portuguese Wikipedia. In Sofia Ponte's words: "I don't enjoy writing biographies, they are the least interesting part of my field of study, but it's important to do it". There was also a mention of the challenges in editing Wikipedia pages, dealing with editors, figuring out how things should be done and learning together -- which is why the Art+Feminism edit-a-thons are necessary and still going on.

After this, almost everyone stuck around to keep talking and exchanging views on how to work on the problems and dilemmas that were explained today, leaving with the certainty of yet another productive and thought-provoking Open Data Day.

A huge thank you to Open Knowledge Foundation and Mapbox, for their precious ODD grants, and to UPTEC Baixa who, as always, opened their doors to welcome us in their fantastic space. We also thank the wonderful speakers and participants <3 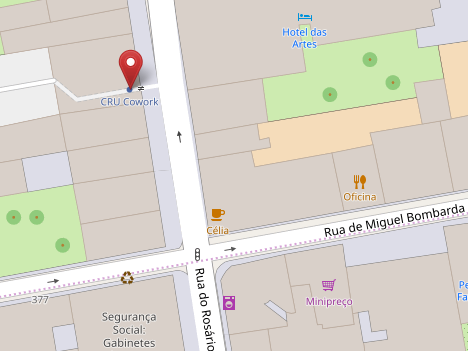